Hit enter to search or ESC to close

Everglades Trust: Consulting for a Cause

On the battleground for Everglades restoration, digital marketing provides a critical advantage

The Everglades Trust has engaged over six million people on Facebook to fight for America’s Everglades. If that kind of influence surprises you, you haven’t met Kimberly Mitchell. A ferocious advocate in one of Florida’s most intense political battles, Kimberly is a force to be reckoned with.

Along with a small but passionate team, Kimberly has utilized the power of digital marketing to go toe-to-toe with the ruthless, and deep-pocketed, Big Sugar industry. Their success is equal parts strategy and pure, unadulterated effort.

In 2016, the Everglades Trust had a few thousand likes on Facebook and primarily posted footage of wildlife. Then Kimberly joined the Trust as Executive Director, and the tides turned.

At the time, Facebook advertising was making its way into the mainstream with increasing sophistication, and the slick, slimy political agencies contracted by Big Sugar were still getting a grasp on its power.

Grassroots environmental organizations began to wake up to a shift in the power dynamic: for the first time, they had the ability to organize and share information without the legacy media outlets whose advertising fees were largely out of reach. As the Everglades Trust prepared for battle, we had the opportunity to support them every step of the way.

Since 2017, we have worked with the Everglades Trust, first in-house and then as their digital marketing agency, to create a digital presence so large it simply cannot be ignored.

We primarily work with clients through two models: comprehensive digital marketing management, and consulting. The consulting model is ideal for clients like the Everglades Trust, who already have a fantastic in-house team, and are ready to take their digital strategy to the next level. The Everglades Trust utilized designer and messaging expert Patty McNally to create all the graphics you see in this case study.

Our team provided weekly strategy calls as well as on-call troubleshooting to help the Trust construct a complex digital funnel and fully harness the power of their engaged audience. Our role was to strategize a digital marketing funnel, plan and execute campaigns, pull all of the moving parts into a single well-oiled digital machine, and provide an expert level of technical set-up.

The Everglades Trust has utilized digital campaigns to reach over six million people.

From the Online Funnel to Real World Advocacy

Everglades restoration is a complex political issue, and absent a degree in Florida history, it can be difficult for the average resident to comprehend. To make matters more complicated, Big Sugar spends millions of dollars a year on propaganda campaigns around the state to make sure people stay confused, and therefore, politically paralyzed.

As we launched a digital consulting curriculum for the Trust, we focused on three strategic goals: 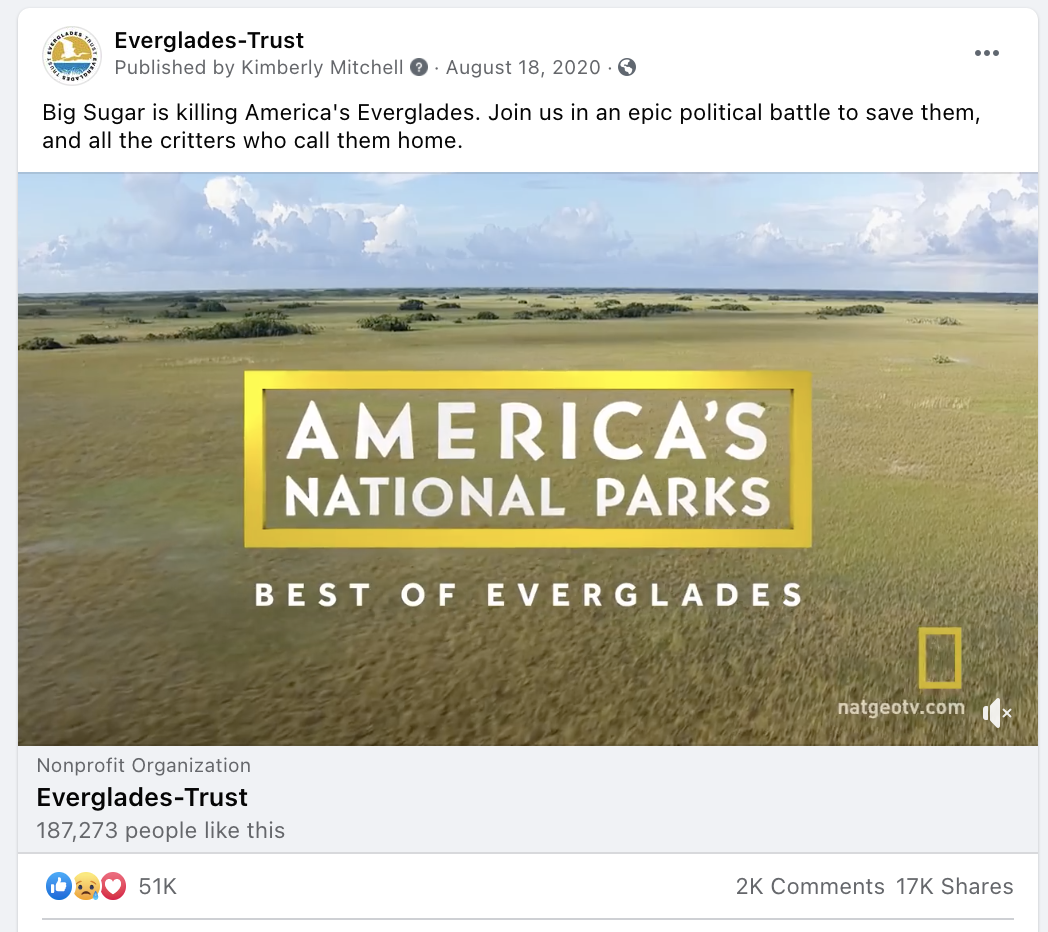 We utilized an evergreen campaign with softer messaging to invite strategic audiences into the Everglades conversation. This campaign generated over 95,000 page likes, dramatically increasing the Trust’s digital reach.

Through a carefully constructed quiz campaign, we helped the Trust provide deeper education about Everglades restoration, and break through some of the common myths disseminated by Sugar’s propaganda campaigns. 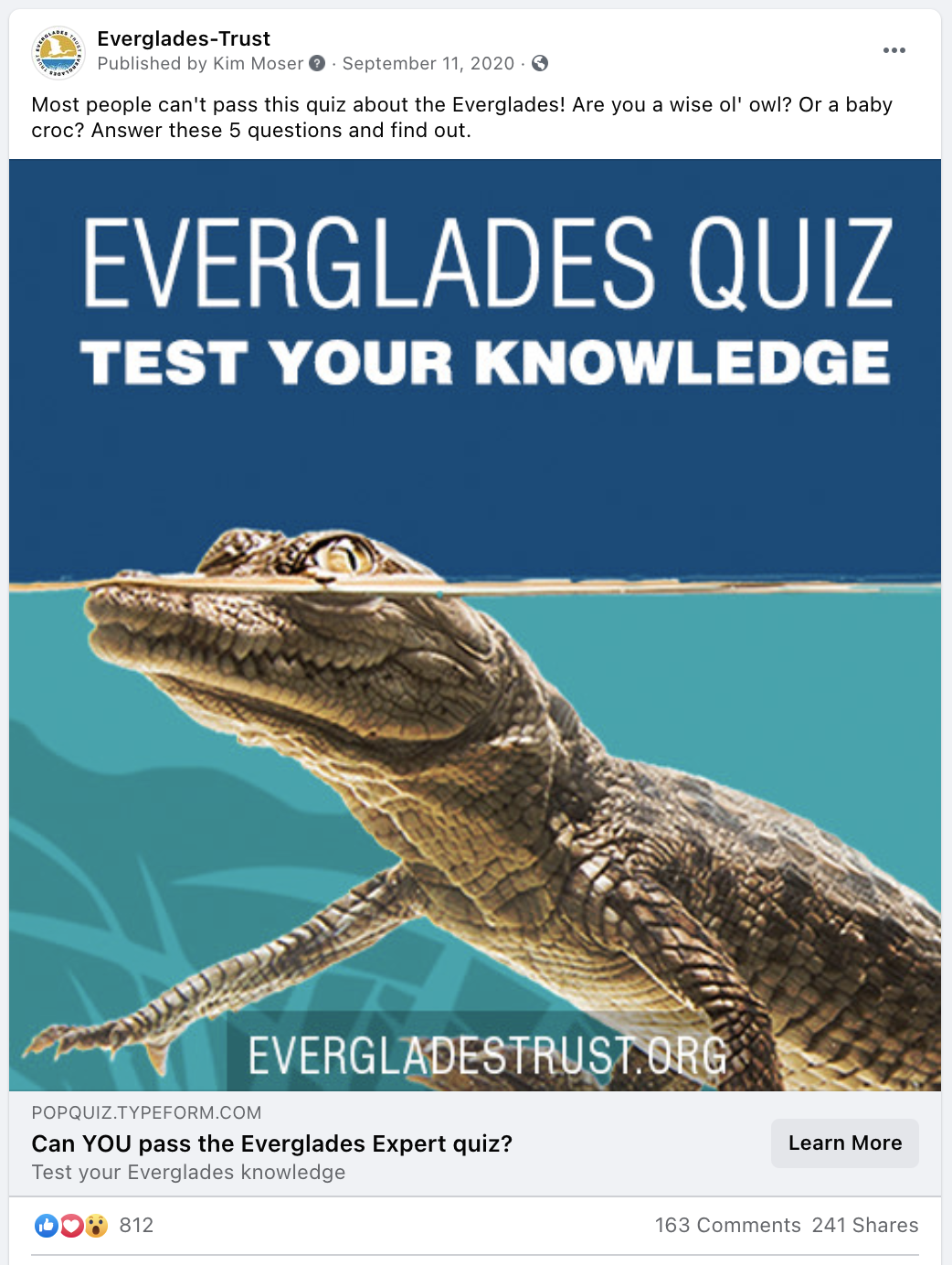 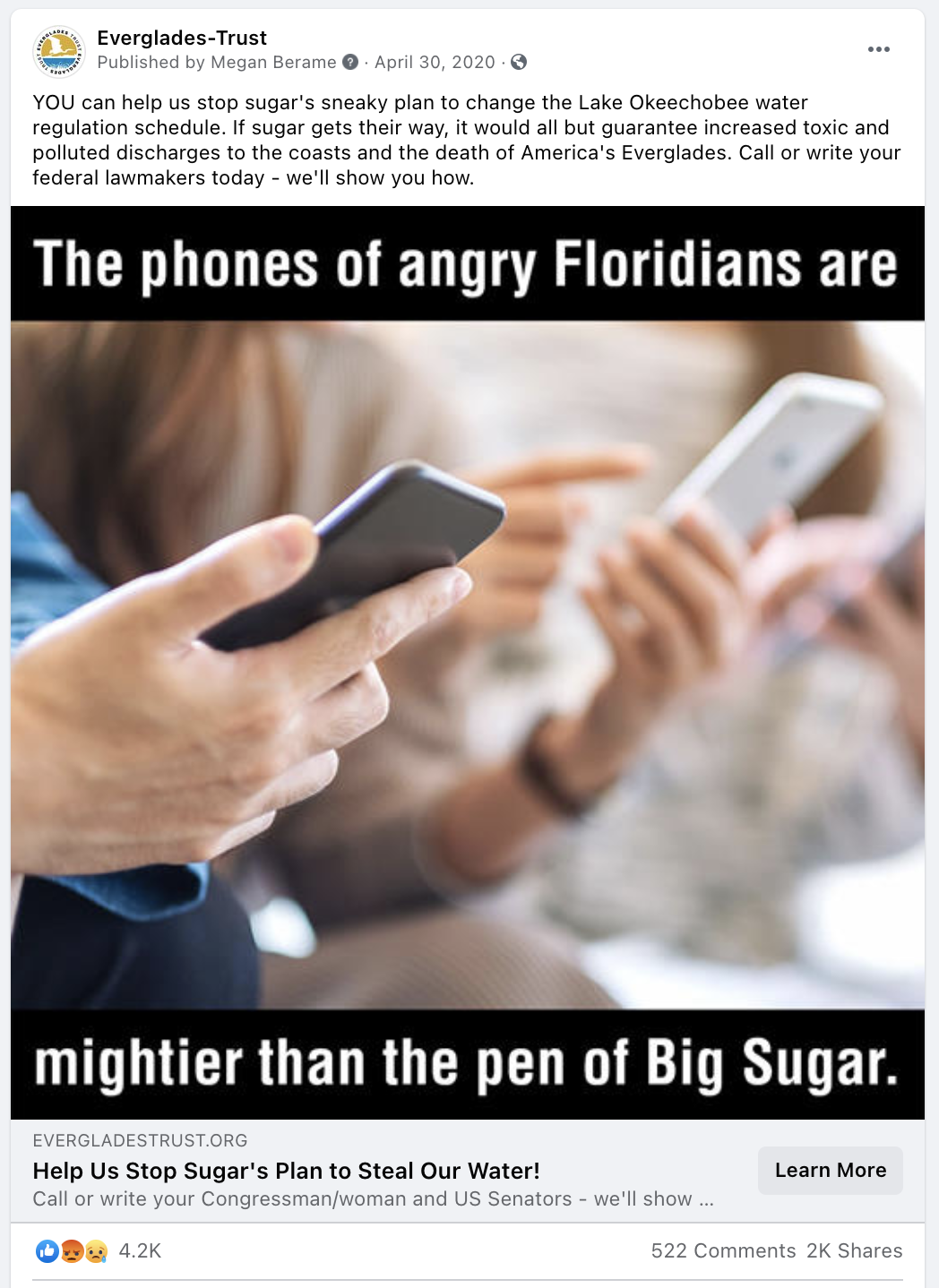 As awareness and education campaigns began to pay off, the Trust developed a sizable online community of advocates, ready to take action at a moment’s notice. When legislation was drafted, or a politician seemed poised to make the wrong decision, the Trust responded with agility, harnessing the power of a digital army. We helped the Trust strategically direct the community we’d created together.